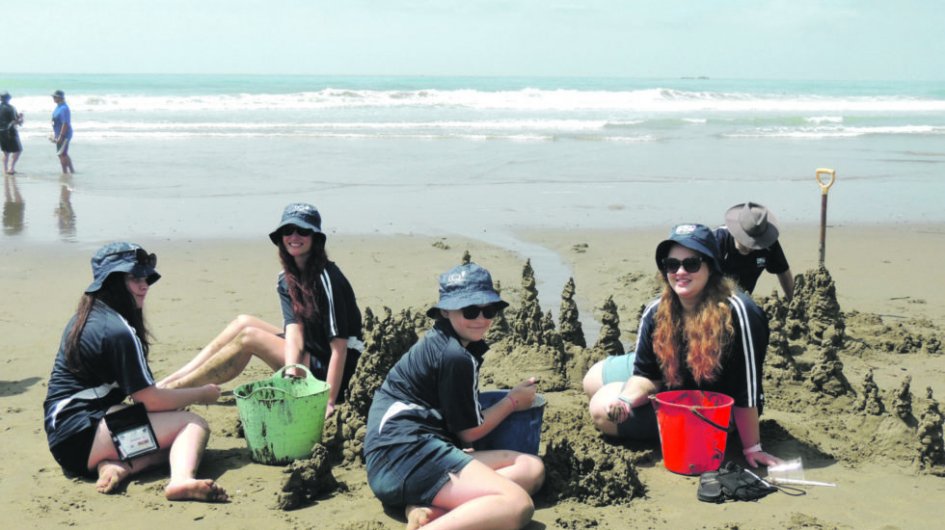 A five-day camp for children living with cancer was in full swing around Masterton last week.

Camp Quality has been running for more than 30 years.

This was the second consecutive year it had been held in Wairarapa, for children from around the lower North Island.

Sixty children aged 5-14 who have had or have cancer bunked at Rathkeale College.

From January 14-18, they participated in a range of activities based at the college, Riversdale Beach, and Queen Elizabeth Park.

On Sunday at the beach, young people were building sandcastles, flying kites, swimming, and learning to surf. 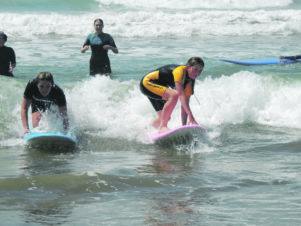 A group of motorcyclists were on site to take them for joyrides as was the Paws for a Break coffee cart, which was handing out free slushies.

Run by volunteers, the camp relied on businesses volunteering their time, equipment and expertise. Four nurses formed part of the volunteer staff to help with any injuries or medical needs. Each child had their own companion – a volunteer who had been specially assigned to them. Companion Jaryd Kelly said it was his seventh year volunteering at the camp.

Formerly a Masterton man, Kelly now lived in Christchurch and flew back for the event.

He had become involved when he had heard a colleague’s son went to the camp.

“They go through such intense treatment, they often miss out on the vital years of just playing and having fun,” he said.

“They grow up too quick.

“At camp, there’s no holding anyone back just because of what’s been happening with them.”

Companions received two days of training each year. They met the child and their family a few times before the camp to “build a bond”.

“By meeting the kids, you actually give the parents some relief,” he said.

“Sometimes, it’s the longest they’ve been apart from their child since [diagnosis].”

He had spent the first 15 years as a companion before moving into his present position.

“A kid, I mentored 11 years ago is now a companion,” he said, which showed how much the young person had enjoyed the experience.

“I love seeing the kids grow and having fun without worrying about cancer,” Perkins said.

“Seeing their confidence and resilience is just really inspiring. “It gives the families a break too – it gives them a break from what they’ve been through.”

Children felt less self-conscious to give things a try, as they were with other children who faced similar challenges.

“This gives them a chance to be with people who’ve been through a similar experience, but equally, we don’t focus on cancer.”