Voyager of the Seas Visit 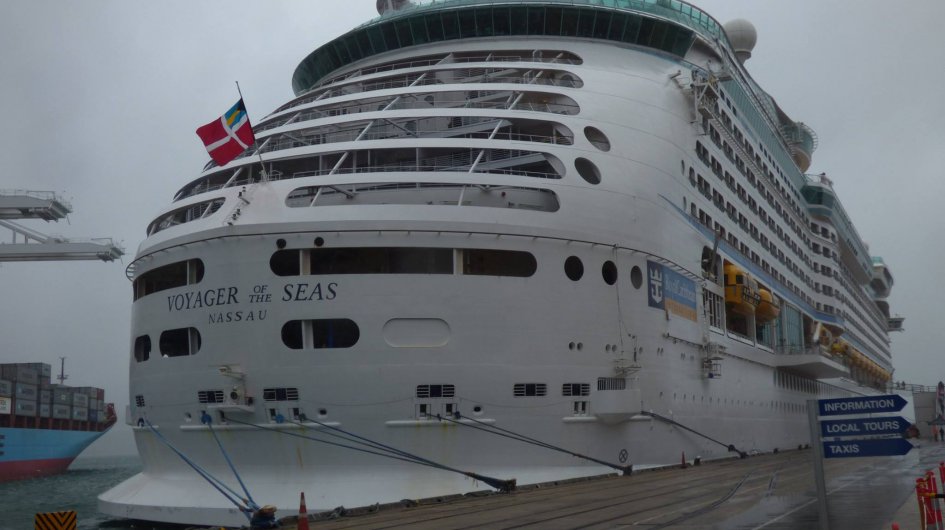 A visit to a cruise ship brought joy to the faces of a group of children living with cancer in Dunedin yesterday.

About 20 children involved with Camp Quality, which provides positive experiences for children and families living with cancer, were invited aboard Royal Caribbean International's Voyager of the Seas, docked in Port Chalmers.

They were shown around the massive 15-deck ship, given lunch and even had a chance to ride body boards on the ship's FlowRider surfing simulator.

Jock Davies (12), who is in remission from a rare form of leukaemia, and his brother Tom (13), of Tapanui, were among the keenest to get on body boards.

They had two turns on the simulator.

Jock said it was "really fun'' riding the waves and thanked Royal Caribbean International for inviting them on board.

Tom said the visit made him want to go on a cruise.

"I've only been on here half an hour and it's amazing,'' he said of the giant liner, which can carry 4290 people, including crew.

"When we received the email the boys were so excited about getting this opportunity.''

Royal Caribbean International New Zealand sales manager Mark Kinchley said the company chose Camp Quality as its designated charity because it was a "really good'' cause.

"Some of the kids that have been on board have been through multiple chemotherapy treatments and to see them enjoying themselves, you would never think [they had been through that],'' Mr Kinchley said.