Taking a dive for Camp Quality 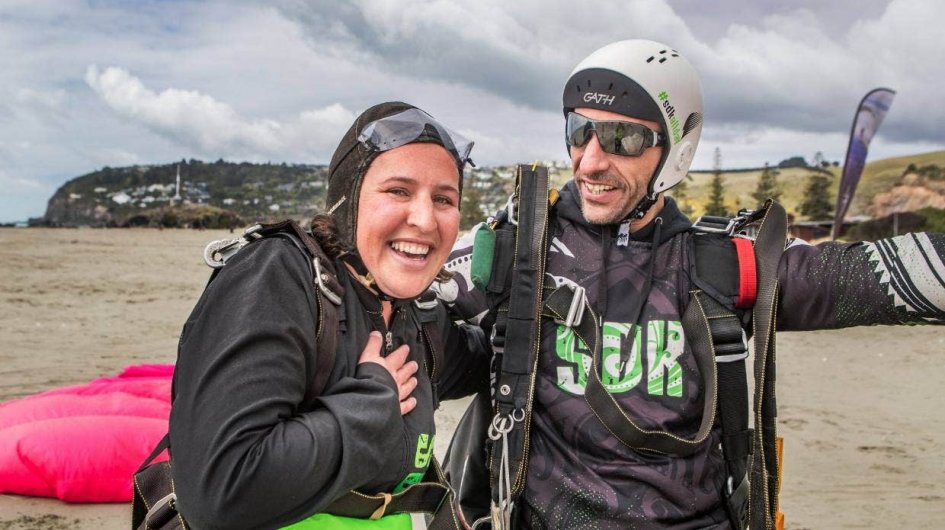 Ange was just 2 years old when she was diagnosed with the rare blood disease aplastic anaemia.  Her family was told she had a 5 per cent chance of survival and most likely required a bone marrow transplant.

The life-threatening condition, which is often attributed to bone marrow damage, meant her body stopped producing enough new blood cells leaving her highly susceptible to infections and to bleeding and bruising.

After a bone marrow donor was not found, Ange was put on a drug being trialled at the time, Anti-Thymocyte Globulin.  She was expected to stay on the drug for 12 days, but was taken off it after 10 days when she became unwell with side effects.

Ange then spent eight weeks in isolation in hospital before defying the odds and being put into remission a few months later.

"It puts life into perspective for you and you realise life is incredibly short. To still be here, I count my blessings.”

Ange’s mother, Jackie, said her daughter had the drive to beat the disease and to make a life for herself. "They said she had a 5 per cent chance and if she did make it she'd never have kids. Well, she's beaten the odds there, and she pushes the boundaries and lives her life to 110 per cent."

Now, the 33-year-old mother-of-three dedicates most of her time to caring for sick children, working as a nurse in the children’s ward and the oncology department at Wairau Hospital in Blenheim.

Ange, who is usually “too scared to even stand on a ladder”, put her fear of heights aside and threw herself out of a helicopter at 3000 metres (10,000 feet) above Sumner Beach in Christchurch on Saturday. The jump was “terrifying but amazing”, she said. It was part of a fundraiser for Camp Quality.

“Conquering your fears is nothing in comparison to what these kids and families go through,” said Ange, who was a regular camper as a child.  "Camp Quality is very close to my heart. I started going when I was 5 and loved it, I'd look forward to it all year. I used to count down the sleeps for camp, I was buzzing."

She said the camp was a fantastic opportunity to escape the harsh realities of living with a life-threatening disease and was a chance to feel “normal”.

As soon as Ange was too old to be a camper, she joined as a volunteer – something she continues to do today.

“Seeing these kids at absolute rock bottom and then seeing them at camp being normal kids ... and just having a fun-filled week was really lovely to see."

Ange and 29 others took part in the Camp Quality fundraiser with the help of Skydiving Kiwis.

Article by Jonathon Guilford, in The Press https://www.stuff.co.nz/life-style/well-good/inspire-me/122825767/aplastic-anaemia-survivor-jumps-out-of-a-helicopter-to-help-children-with-cancer