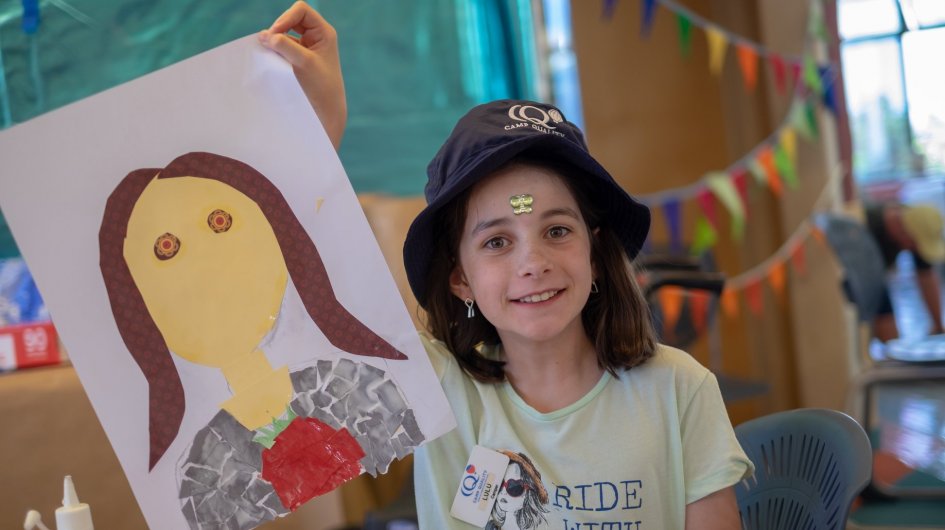 Lulu was just two and a half when she was first diagnosed with ganglioneuroblastoma – a tumour around her spine, through her sacral bones, and into her tummy.

It was really hard to diagnose, but for a long time beforehand she had intermittent, sharp pains down her legs and back. When she finally was diagnosed, we were in pure shock – because before that you think cancer doesn’t happen to you. It was a real whirlwind after that – biopsy surgery, portacath surgery, chemotherapy that wasn’t proving effective enough, septicaemia from bird flu, and then two very long surgeries…

As a two and a half year old, Lulu just didn’t understand why we were letting doctors and nurses do such painful, scary things to her every day and as a parent there’s nothing worse. You know it’s for the right reason but it’s traumatising for you, your child, and their siblings.

Following months and then years of various treatments and surgeries, Lulu now currently wears two leg orthotics to school each day and has ongoing issues with her bowel and her bladder – they’re things that still affect her now, at 10 years old, and likely will for a long time.

It was a few years ago that we heard about Camp Quality from a beautiful nana we had met in ward 7 and became very good friends with. We’d probably been given the info early on in our journey but at that stage everything was such a blur. This time, we were put onto the right person and got a last minute ‘hook up’ for Lulu to head along to camp.

The first camp Lulu ever went on was a short winter camp, which was lucky – I probably couldn’t have coped with her away for a whole week!

We were totally scared and nervous – we were accustomed to looking after all her medical needs and parenting her all the time. However, my friend had said it was just amazing for her grandson and that they always looked after him, as he also has ongoing health issues. That gave me the confidence to talk to the nurses on camp, and they came to our house to learn all the medical care they’d need to provide. Because they took the time to learn it all, I trusted that they had it under control – even if I couldn’t breathe the whole weekend she was away!

After her first camp, she came back exhausted and crying for the first hour – but then all the wonderful stories started coming out. All the fun stuff she’d done, her feeling of independence – she’d grown up five years in two days and came back full of excitement and life.

After that, there was no question about sending her again. She’s now 10 years old and has been on five camps – one of her highlights is going to the ‘chicken poo farm’ (camp insiders will know what that’s really code for!)

At school, she often feels isolated socially because she can’t do gymnastics, can’t run well etc., disappears during the day for medical reasons (as a result of her surgeries and the tumour causing her feet to not work right). She goes on camp and all that stuff doesn’t matter – she comes back feeling like an amazing kid (which she is!) This camp especially was really important for her to get back on track and feel confident and normal. Camp grounds her, by being surrounded by other people who’ve been through similar stuff.

She’s had a few different companions, all of whom have been awesome – I can’t believe these young adults give their time every year voluntarily. The companions have compassion, empathy, understanding, and laughter (which is the most important thing). It’s an amazing gift that they’re giving.

Every camp I think about what Lulu’s doing the whole time but I don’t worry about her being sick or not being taken care of properly. This last camp was the first time I didn’t ring the nurses the week before to go over her medical needs; I knew they would have it sussed! The camp nurses are awesome and they give me really good support and confidence.

I’m so grateful for what Camp Quality can give my child that is difficult for us as parents to give her – independence and a sense of normality out in the world. I’ve seen how she’s changed going to camp and what it means to her when I know how hard and frustrating her daily struggles are. I can’t say enough about the companions, nurses, and management – everyone is just so wonderful, communicative, well-organised…

I can’t thank Camp Quality enough for the impact these camps have had on our whole family and the finding of our “new normal” – living with the after effects of having childhood cancer.