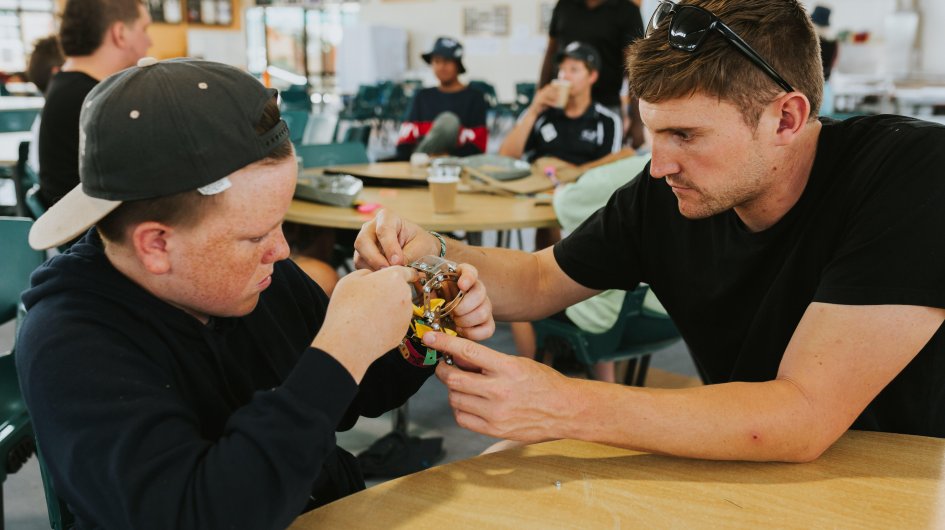 Meet Finbar. He might look a little familiar to our Auckland/Northland region campers.  Finbar’s connection with Camp Quality is very special, as he attended his first camp with us in 1997, at the age of five, and has stuck with us ever since.

“It was by far the best week of my year,” says Finbar “and it still is.” He couldn’t stay away - now 25 years on, Finbar is our awesome Camp Manager for the Auckland/Northland region and is still participating in Camp Quality’s magic. 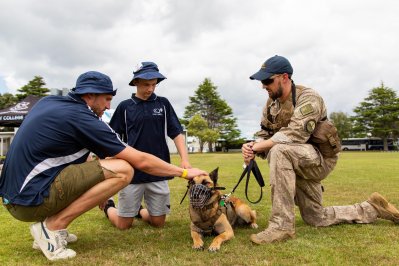 Like our campers, Finbar knows all too well what it is like to spend his formative years battling serious illness. At just three years old, Finbar’s Mum noticed a slight size difference in his legs which led to a referral to an orthopaedic specialist. The specialist’s concern was correct; Finbar was diagnosed with hemihypertrophy and a resulting Wilm’s tumour in his first screening. Despite his diagnosis, specialists were confident the tumour had been found in good time and so began the removal of his right kidney and three months of chemotherapy.

Two years into Finbar’s cancer journey, joining Camp Quality was his saving grace. His first camp saw him and his fellow campers whisked away from their health battles and hospital walls for a week – into a special sanctuary of fun, laughter and connection. He enjoyed it so much that he continued to attend camps right up until he was 15. 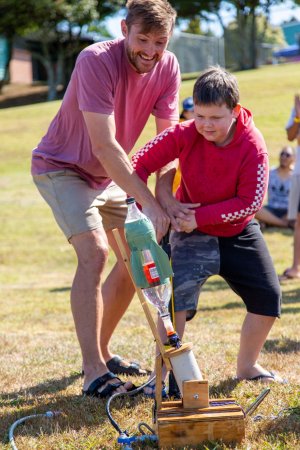 It’s the more intimate memories with his Camp Quality companions that have stuck with him all these years – the card games and the board games (who remembers spoons?) According to Finbar, what was most precious were the connections he made with other campers and companions.

“The excitement and positivity of the campers, coupled with the huge amounts of energy from their companions is what creates that Camp Quality magic we always talk about.”

Finbar made life-long friends during his time as a camper, leaving no doubt that he would one day return. Staying in touch with his companions, and with their continued encouragement, Finbar is now in his ninth year volunteering with us. His role as Camp Manager allows him to be a kid again – thinking up crazy ideas for activities and watching them come to life.

More recently, Finbar’s work at Auckland Hospital as an anaesthetic technician, coupled with attending the Camp-in-a-Box home visits reaffirmed the extent of the procedures some kids go through during their cancer journeys, and the impact this has on their families. “This continues to inspire my work as Camp Manager and confirms to me how valuable Camp Quality is,” shares Finbar.

Finbar is a huge advocate for Camp Quality, encouraging everyone to consider becoming a volunteer. Unlike him, you don’t have to have been on your own medical journey to relate to campers – “they are normal (extraordinary!) kids” he says. Camp Quality’s matching process also makes sure campers are paired with companions that they have plenty in common with. For Finbar, it’s these special connections that camp week so special – and ensure that it’s a joy-filled and inspiring week for all involved.