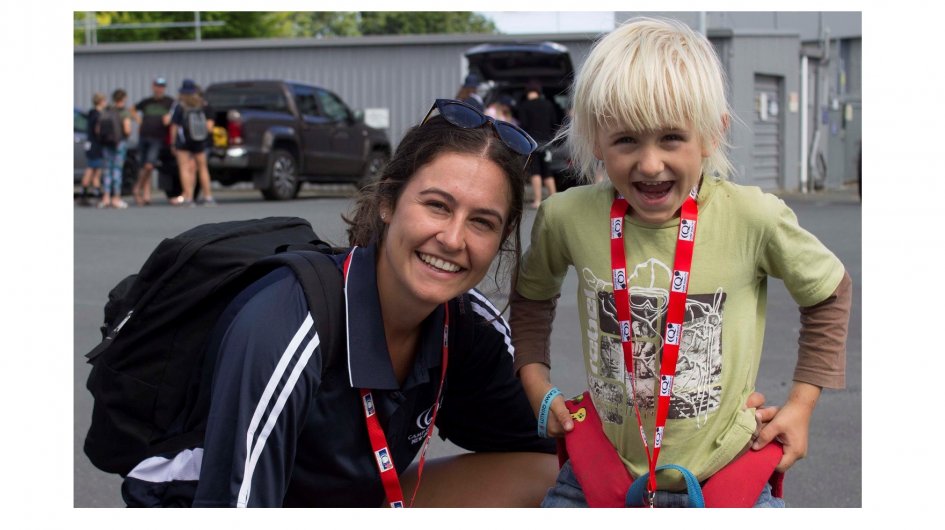 Reef Smith (6) was first diagnosed with leukaemia at 20 months old in October 2014. His mum Rosie thought he was just teething as he seemed grizzly, had a slight temperature, and was off his food. But two visits to doctors in one day and two quick blood tests later quickly confirmed their worst nightmare.

“We went from teething to cancer in a matter of hours,” says Rosie. “Then it was up to Starship where we spent a month with him admitted on the ward. Reef had a really bad infection the second week we were in Starship. We nearly lost him, so we had to stay in hospital another couple of weeks once he was moved out of ICU. It was terrifying.”

Reef spent many of his early years in and out of hospital as his particular type of leukaemia made him very susceptible to bugs, meaning regular infections and multi-week stays at the hospital.

Luckily, for the past 12 months Reef has been much more settled, and last year he finished his chemotherapy treatment.

The family was introduced to Camp Quality through the Child Cancer Foundation, and last year he was old enough to attend a two night winter camp, then the longer five night summer camp earlier this year.

“Reef was the youngest member on camp, but he absolutely loved it,” shares Rosie. “I was worried he would really miss me as he is young and we have a close bond having spent so much time together in a hospital room over the years. But he didn’t miss me a bit! He was too busy having fun, which is amazing.”

“Reef had an incredible companion called Bryce, who he loved. He also enjoyed all the freedom he experienced on camp. Normally he is told ’no’ a lot, because of all he’s been through and his compromised immune system. But on camp, they say yes to everything – it’s set up in such a way that he can have fun and take part in everything,” says Rosie.

“It was such a joy to him and to us. The kids are encouraged to be themselves and to feel as normal as possible, which is exactly what these kids need.”