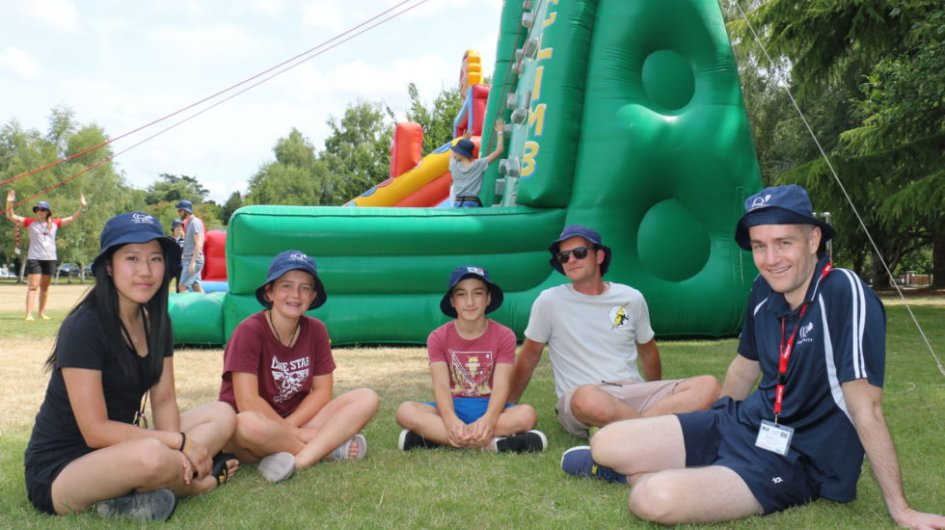 Twelve-year-olds, Alex and Jake from Masterton say they can’t wait to step up and give back to a cause that has brought them lots of joy.

The pair were among 70 children, aged from five to 13, living with cancer who got to “just be kids” again for a week as they participated in a variety of activities at Camp Quality in Masterton last week.

A not-for-profit organisation, Camp Quality held the week-long summer camp for the lower North island area at Rathkeale College for the first time in 14 years.

Alex has attended at least six Camp Quality camps and said she kept coming back because “it was so much fun”.

“And you never know what you’re going to do. It’s always a surprise.”

Next year will be the last year she can attend the camp as a camper.

“But I’m going to come back as a companion,” she said.

Each camper is paired with a companion whom they meet and build a relationship with before they go on the camp.

Some children have developmental or physical effects as a result of the cancer, and some may be away from home for their first time.

Having the companions provides support and encourages the kids to be independent.

“They helped me, so I’ll help the next people,” Alex said.

Camper Jake was enjoying his sixth camp. He agreed the camps were a lot of fun and he too planned to train and return as a companion in future.

Fundraising efforts, donations, and huge support from the communities in which the camps are hosted gives Camp Quality the ability to provide the camp at no cost to the child and their families.

Staff member and dorm parent Alan Knowsley said the idea behind the camps was to let the children just be kids and to forget about the illness they live with.

Each night, he writes a camp ‘newspaper’, featuring photographs and stories of the children from the previous day’s activities.

These newspapers are on the breakfast table the next morning for the campers to read.

Involved with Camp Quality for 15 years, Alan said seeing the smiles on children’s faces was priceless, and the companions who volunteered their time were “the top drawer of people”.

“They give me a lot of confidence in the future.”

Becs Perkins, one of the 100 volunteers helping to make the camp viable, said campers becoming companions was commonplace.

Now in her 23rd year volunteering at the camp, she said it’s all about offering the campers “fun and support” and “creating lasting friendships”.

Seeing growth in the children year after year was the best part about being involved, she said.